Telemedicine and Virtual Kiosks in Pharmacies and Grocery Stores 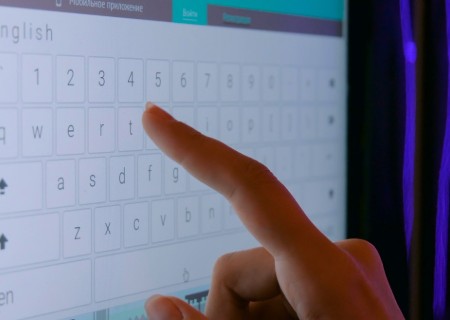 In yet another example of the changing face of healthcare delivery in this country, telemedicine is now being offered as a convenience to patients in kiosks which are situated in pharmacies, grocery stores, and other commonly visited venues. The services offered are simple ones, for instance consulting with a physician about such medical conditions as rashes, sore throats, common colds, and other relatively minor afflictions.

The usual outcomes from such sessions are that a patient will be recommended to visit an urgent care center if something serious is detected, or the physician may prescribe medication, and in still other cases, patients can be referred to primary care health professionals. Here are some of the programs already in place around the country, which are helping to relieve the stress on overworked medical professionals, and at the same time deliver needed healthcare to persons who have limited opportunities for in-person visits.

Grocery Store Kiosks
As of March 2018, there were four grocery stores in the Tampa Bay, Florida area which were set up to provide a private room where there could be an exchange between a patient and an attending physician. Teleconference sessions like these are paid for using regular medical insurance co-pays, or by paying a $45 flat fee on the spot. Already the four experimental kiosks have been demonstrated to be extremely popular and successful in delivering healthcare.

As a result of this initial success, the collaboration between Publix Super Markets and BayCare Health System is expected to open up 22 additional such centers for walk-in patients by the end of this year. Since getting appointments with doctors is not always easy, and can sometimes take weeks while a person is still suffering from some malady, the walk-in kiosks fill a gap which has been looming for quite some time. Quicker care can thus be delivered without having to actually visit a doctor’s office, which some people find intimidating.

Drug Store Kiosks
One of New York City’s largest hospitals, New York Presbyterian, has partnered with Walgreen’s to offer on-demand health services in kiosks which would be situated directly in Walgreen’s stores. These are intended to be self-service kiosks which would provide private room settings so that patients could consult with doctors about non-life-threatening medical conditions and injuries via teleconference. Importantly, these are high-definition teleconference sessions, so that patients’ conditions can clearly be identified by doctors.

At the conclusion of the session, some kind of recommendation would then be made for further treatment, or a prescription might be written by the physician. The kiosks are also equipped with some simple medical equipment which can provide important data to the physician in attendance, for instance a thermometer, a blood pressure cuff, a dermascope providing high definition skin pictures, and a pulse oximeter which measures the body’s oxygen level.

At the end of 2017, a single Walgreen’s store in New York City was already providing this service, with additional stores within the city to provide similar services in 2018. However, there is a potential for much broader service to be provided, since Walgreen’s operates approximately 8,100 stores throughout the 50 states of the country. When partnering can be arranged with other medical facilities in various cities, it is more than likely that services will spring up in many more American cities.

Retail Store Kiosks
The Association of American Medical Colleges projects that by the year 2025, the U.S. will be approximately 136,000 medical professionals short of being able to provide adequate medical coverage for all Americans. This is a shortage which simply cannot be made up by even the most optimistic influx of additional doctors and healthcare providers. This means there has to be some other kind of systemic enhancement to the existing model of healthcare in this country, and by far the most logical possibility seems to be combining telemedicine with kiosks in retail outlets all around the country.

Already, some stores and pharmacies are combining forces with existing medical facilities to offer on-demand services in private rooms set up within different kinds of retail stores, to close the gap on service shortages. A high level of real-time evaluation can be delivered, in a very meaningful exchange that simply cannot be managed only through in-person visits.

It is also expected that home care nurses will be able to consult with doctors in the same manner, to get recommendations for care which they are not licensed or trained to personally carry out. Since state and federal governmental agencies are now recognizing the value and usefulness of delivering these kinds of remote services, laws and regulations are being promptly enacted to ensure that coverage and reimbursement practices are put in place, to help make the broad program as successful as possible.