The Benefits of Telemedicine During a Natural Disaster 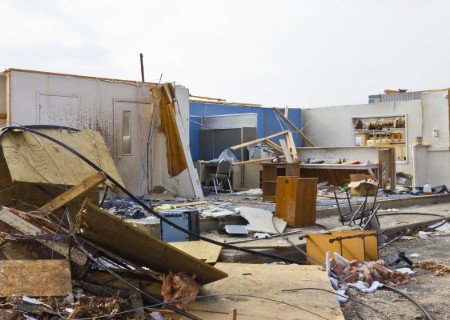 There are certain characteristics of telemedicine which make it ideal for providing healthcare services to patients in unusual circumstances. One of the more obvious situations like this is in remote settings of underdeveloped countries, where medical care is difficult to arrange for, and medical professionals are in short supply.

However, there are other scenarios which make telemedicine an absolutely ideal vehicle for the delivery of healthcare services outside the normal setup of office visits. One of these is the role that telemedicine can play when natural disasters have occurred at a specific location. In cases like this, it can often be very difficult for injured persons to travel to clinics or doctor offices for treatment.

It’s also very possible that some kind of natural disaster can affect the operations of medical facilities in an area, and make treatment impossible due to damage which has occurred. Another possibility when natural disasters occur, is that the vast numbers of injured can simply overwhelm a hospital or other medical facility, making it impossible to treat all those persons who require attention.

A perfect illustration of this is a 2017 situation which developed in the aftermath of Hurricane Harvey in Houston Texas, where patients affected by the hurricane were able to have telemedicine consultations with healthcare providers all around the country, once the technology had been set up. The tremendous success of the Hurricane Harvey telehealth services has pointed out how invaluable such medical attention can be when a crisis has occurred in a location, and in-person visits with physicians are simply not feasible.

While there is no substitute for in-person visits for those people who have been severely injured as a result of natural disasters, there is a broad range of other services possible through telemedicine which can be extremely important, and which can provide necessary medical care for those affected. For instance, remote medical exchanges can help to avoid significant transportation times and difficulties when transportation becomes a problem.

By providing such services, the risk of having injuries and illnesses go untreated is greatly reduced, and far more injured people can be serviced. Patients who do not incur life-threatening injuries, but do have lesser injuries which could be exacerbated by floodwaters, can be treated by a telemedicine so that existing conditions don’t worsen significantly. Patients in this category can receive treatment for minor wounds, rashes, insect bites, snakebites, and even bee stings, which could be significantly worsened by unsanitary conditions and floodwaters after a disaster.

Prescriptions can be filled or re-filled after consultations with medical personnel, when this would be difficult to arrange through an in-person visit to a doctor. For more seriously injured patients, it would be much easier to arrange for triages and consultations with specialists via telemedicine. As an example, a center could be set up after a natural disaster, which stays in constant contact with a group of specialists, who could advise and treat patients remotely to help improve survival rates and minimize the effects of severe injuries.

To help deal with the vast numbers of people affected by a natural disaster, victims with any kind of injury could receive immediate recommendations on whether or not they should simply consult with a physician via telemedicine, or whether they should be referred to an urgent care center for immediate treatment. Mental health counseling could also be made available for those who have been traumatized by the disaster, or who had prior issues which they cannot receive in-person treatment for.

Enabling greater use of telemedicine

While the benefits provided by telemedicine in situations like those occurring after a natural disaster are undeniable, they are not quite universally available to patients in all areas. In a recent survey conducted among doctor office patients, 74% of respondents said they would definitely use telemedicine services if they were available.

From the American Academy of Physicians, 78% felt that having the option of telemedicine improved deliverable healthcare to patients significantly. The only thing holding back broader use of telemedicine in natural disaster situations and in more ordinary situations, is that there has to be collaboration between medical organizations and other groups interested in establishing remote services.

From the standpoint of the medical organizations, technology with video conferencing has to be implemented, as well as a high-speed network capable of videoconferencing, cloud storage, and electronic medical record sharing. There must also be a reimbursement process in place, so that healthcare providers can properly pay medical professionals for their services.

When Hurricane Irma struck Florida in 2017, there was a staggering influx of telemedicine calls in the area around Orlando, where telemedicine facilities had been established, and the same would likely be true of any other cities which had the opportunity. When more collaborative efforts are initiated to establish high-quality exchanges between medical professionals and patients, medical services will be delivered at a much more effective rate, regardless of any physical or geographic limitations posed by the environment or by natural disasters.