Telemedicine as the Solution for the Physician Shortage 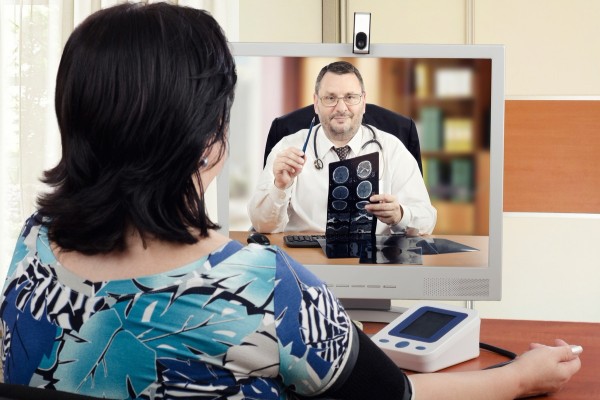 Depending on who you ask, by the year 2030, this country could have a physician shortage of anywhere between 100,000 and 150,000 qualified physicians to serve the needs of American citizens. A big part of this shortage is attributable to the fact that the American population is aging rapidly, with a tremendous influx of new senior citizens every year, many of whom require regular care and treatment to handle chronic conditions.

It’s worth pointing out that at least a small part of that aging population consists of doctors, who will be retiring and leaving their practices, thus exacerbating the shortage of medical professionals. There have been any number of solutions proposed by individuals and government, but by far the most promising solution is that of telemedicine, which has the potential to deliver needed healthcare services to individuals, while making the most of the availability of qualified medical professionals.

How telemedicine can help with the physician shortage

It is estimated that as many as 60% of all those patients visiting a doctor’s office could have been just as well served by accessing telemedicine sessions, especially since the nature of most doctor visits tend to be relatively minor. Since doctor visits are largely characterized as treatments for minor illnesses, cuts, bruises, and wounds, many of these could be handled effectively in a five-minute telemedicine session. Telemedicine has even been used for issues related to dermatology and mental health counseling.

Because medical technology has advanced to the point where telemedicine can be used to handle many of the non-critical consultations with doctors, it frees up physicians to allocate more time to those patients who do require face-to-face visits and treatments. In the grand scheme of things, what this accomplishes is that telemedicine effectively bridges the gap between patient needs and available physician time, which allows for an overall redistribution of healthcare services, and a much more efficient medical system.

With the workload smoothed out like this, both doctors and patients benefit, because patients get better and quicker treatment, while doctors aren’t stretched so thin because of the demands placed on them. As a pleasant by-product of the increased usage of telemedicine, patients will also become more engaged with the process of managing their own healthcare, as they are encouraged through telemedicine sessions to make better life choices and adopt healthier lifestyles.

One example of telemedicine effectiveness

It’s fairly well-known that telemedicine has already proven to be extremely effective at handling relatively minor medical issues as described above, but coughs, colds, and wounds are not the only thing that telemedicine can help with in patient care, thus relieving the burden on doctors to be physically present for examinations. One outstanding example of cutting-edge technology available via telemedicine is a robot which has been developed by AMD Global Telemedicine, and which can be used for advanced telemedicine sessions. The robot is capable of providing a number of diagnostic tools for checking out patient condition, and then sending the information back to a clinic or doctor’s office.

Here are a few the capabilities of this ultramodern telemedicine robot:

In sessions where this robot is used, it is generally in conjunction with a skilled nurse who has the capability of carrying out specific kinds of examinations of the patient during the session. With the combination of a skilled nurse on hand and the ultra-capable robot, almost any kind of modern examination can be conducted effectively and quickly, with the result that improved patient outcomes are more likely. It’s also worth noting that there’s a very high degree of patient satisfaction connected with these kinds of sessions, routinely at 90% or above.

Additional relief for physicians through telemedicine

Given the fact that robots and other advanced technologies are being developed currently to aid in the telemedicine process, it seems safe to say that in the very near future the telemedicine arena will become even more capable of delivering healthcare services to individuals in need. That bodes very well for handling the physician shortage and the community of medical professionals which is now overtaxed to their limits, and which would otherwise be burdened even more severely in the coming decade. With the potential offered by telemedicine to relieve that burden, there is definitely hope that the physician shortage can be mitigated, and a crisis in medical care can be avoided, as telemedicine steps in to fill the gap.

If you are interested in discussing how a telemedicine doctor network can help your healthcare organization, please click below.