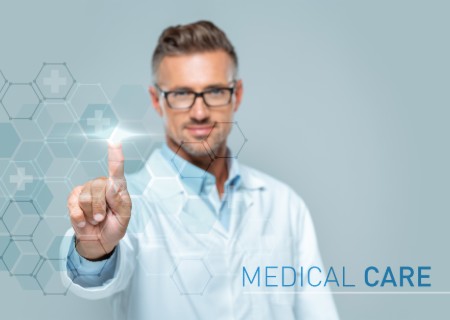 Most analysts and professionals involved in the health delivery industry agree that there is a shift of epic proportions coming in the area of virtual care and telemedicine, and that it will profoundly influence how healthcare is delivered in this country. One of the big driving influences of this coming change is the marriage of telemedicine and artificial intelligence, and the timing seems perfect, since there are literally thousands of locations in the US where there are shortages of medical professionals.

Having proven itself as a an effective method for delivering health services, telemedicine is now getting substantial support from all sectors. Four separate bills have been introduced in Congress which are intended to broaden Medicare coverage for remote health services, and collectively these bills could save more than $1.8 billion in Medicare costs over the next decade. An extensive survey conducted among US hospital systems and their executives, found that by the end of 2018, more than 76% of all hospitals in this country will have implemented some kind of telehealth program.

Among those hospitals which already have a program in place, nearly 70% said they plan to broaden those programs, and almost all those who haven’t implemented a program, identified it as high-priority. In another survey of 133 large companies totaling 15 million American employees, it was found that 90% of these companies would be providing some form of telemedicine services by 2018, and that by 2019, nearly 100% would be on board.

There are a number of reasons why these two areas are a perfect fit for each other, beginning with the fact that better diagnoses can be obtained when combining remote monitoring with machine learning. The same kind of machine learning algorithm which currently is used to label Web images can also be used to diagnose diabetic retinopathy, as accurately as any skilled ophthalmologist might.

In another breakthrough scenario, a company called FDNA is developing a machine learning process which can detect rare genetic diseases simply by evaluating photographs of faces. Currently this kind of diagnosis requires an average of visiting seven different doctors before a final result can be forthcoming. By using the telemedicine/machine learning process, no personal visits to doctors are required at all.

In Jupiter, Florida, a pilot program is underway which makes use of IBM Watson Health to recommend programs of treatment for cancer patients, after information has been gathered either via telemedicine, or directly from in-person evaluation at the city hospital. Because machine learning programs can instantly assess vast quantities of data on previous outcomes of patients stricken with various types of diseases, including cancer, the best possible treatment plans can be recommended, because those would be the ones showing the greatest percentage of success in the past.

The combination of AI and telemedicine can be used very effectively to reduce long wait times at hospitals, and to provide faster care for those in urgent need of it. While the artificial learning part is used to greater advantage than the telemedicine part at present, it is fully expected that remote assessments will come into play much more prominently in the future, so that doctors can do the treatment for remote patients faster as well. The enticing promise held by the full integration of AI and telemedicine will come when questions can be routed to the doctor along with the best possible patient outcomes, given the symptoms noted, as opposed to simply routing a patient to the first available doctor.

At present, most telehealth care consists of phone calls during which assessments are made, but industry experts visualize a time in the very near future where smart robots will be used to supplement the overworked healthcare professionals available. One area where this is likely to come into strong usage is with care for the elderly, where smart robots will be used to perform tasks in-house to assist seniors, and relay information back to a monitoring station.

Another area which holds great promise for relieving the strain on medical professionals is in reducing the level of burnout and stress experienced by a number of doctors. It is well-known that a great deal of the average physician’s available time is spent transcribing notes into electronic medical records. By using the tandem of artificial intelligence and telemedicine, much of the tedium can be removed from the doctor’s daily routine, so that more value-added services can be delivered to patients. Some initial programs have already proven successful in this area, and that means it is quite likely that the process will be expanded very soon, to help free up more time for more doctors, so they can stay fresher on the job.